Anatomy of a Pilot

Pilots have a tough job to do. In the space of 24 to 42 minutes, they must deliver both exposition and hook, laying out the mechanics of the story world while still piquing our interest and making us engage with the characters, while promising there is much more to come. They are more than just a script. They are the blueprint for a series. In this masterclass session, Ben Watkins will present a talk on how he approaches and crafts a pilot script, and the lessons he’s learned from his experience that writers can apply to their own work. Bens’ presentation will be followed by a moderated Q&A with writer/producer Jennifer Holness.

Ben Watkins is a writer/filmmaker/actor from Berkeley, California. He started his career in Hollywood as an actor, playing the “mysterious” Dr. Wesley Carter on THE YOUNG AND THE RESTLESS. The transition to writing began in earnest with his award winning short film QUEST TO REF, which he wrote, codirected and starred in. The film was an official Sundance Film Festival selection and won the American Black Film Festival. Soon after adapting that project into a feature screenplay for Universal, Ben joined USA Network’s BURN NOTICE. He rose from Staff Writer to Executive Producer, before moving on to create the provocative Amazon Originals series, HAND OF GOD. Most recently he executive produced TRUTH BE TOLD (starring Octavia Spencer), which will premiere on Apple’s new streaming service in 2019, and he is currently developing the continuation of NEW YORK UNDERCOVER for ABC.

He actively supports community programs and people who are looking to improve issues around civil rights, public education and homelessness.

He and his wife, Kandi, have four sons. 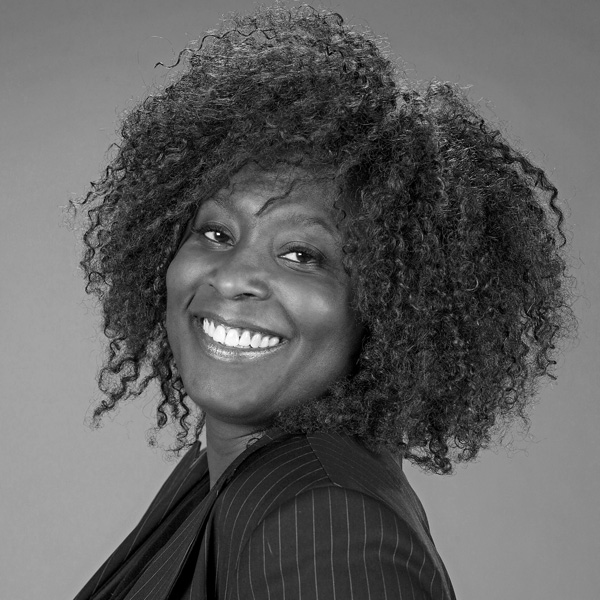 Jennifer Holness is an award-winning writer and producer of scripted and factual films and TV.

On the TV side, Jen is in development with CBC on the comedy series, #RELATIONSHIPGOALS and the drams series, THE WILD. She also co-created the TV drama series SHOOT THE MESSENGER for CBC about cops and journalists. She co-wrote and produced the two-part CBC miniseries, GUNS, starring Elisha Cuthbert and Colm Feore that won five Canadian Screen Awards, including a shared best writing award for Jen. She also co-created, wrote and produced the thirteen-part comedy series SHE’S THE MAYOR for Vision TV that sold to BBC worldwide.

Jen also produced and co-wrote the feature LOVE, SEX, and EATING THE BONES that won 9 festival awards including the Best First Canadian Feature at Toronto International Film Festival and was nominated for a trifecta of Genies – Best Feature, Best Writing and Best Directing.

On the documentary front, Jen is in-post production on the feature documentary, HISPANIOLA, about the impact of mass deportations on Dominicans of Hattian decent with the Sundance award-winning team Michele Stephenson and Joe Brewster (AMERICAN PROMISE) and the National Film Board of Canada. Jen is in production on the feature documentary, SUBJECTS OF DESIRE, about cultural appropriation and the Black female image with TVO Canada. She is the Executive Producer of feature doc BLACK ZOMBIE, currently in development with CBC’s Doc Channel.

She is also working on several digital projects including adapting her award-winning digital app The Music Biz into an animated series called MONSTAH MUSIC BIZ.

Jennifer has been a member of several Boards including Women In View, the Regent Park Film Festival, Innoversity Creative Summit and CMPA’s Prime Time.

When she’s not working, Jen spends her down-time keeping up with her three spectacular girls.