The Magee TV Diverse Screenwriters Award presented by the Toronto Screenwriting Conference is a mentorship and bursary program designed for emerging diverse screenwriters. This opportunity will give bursary recipients the opportunity to complete a piece of writing, expand their network, sharpen their professional skills, work with established screenwriting professionals and producers – all with an aim at bringing new perspectives to Canada’s creative industries.

The award provides each winner with a complimentary registration to the 2021 Toronto Screenwriting Conference, plus one exclusive welcome evening event with Magee TV founder Al Magee and the mentoring team, a three-month mentorship (total of five one-hour meetings, conducted in-person* or remotely through Skype, or phone) with established Canadian screenwriting professionals, and receive a complimentary digital download of Final Draft (new program or upgrade) courtesy of Final Draft (TSC’s official screenwriting software).

*When we are no longer observing social distancing 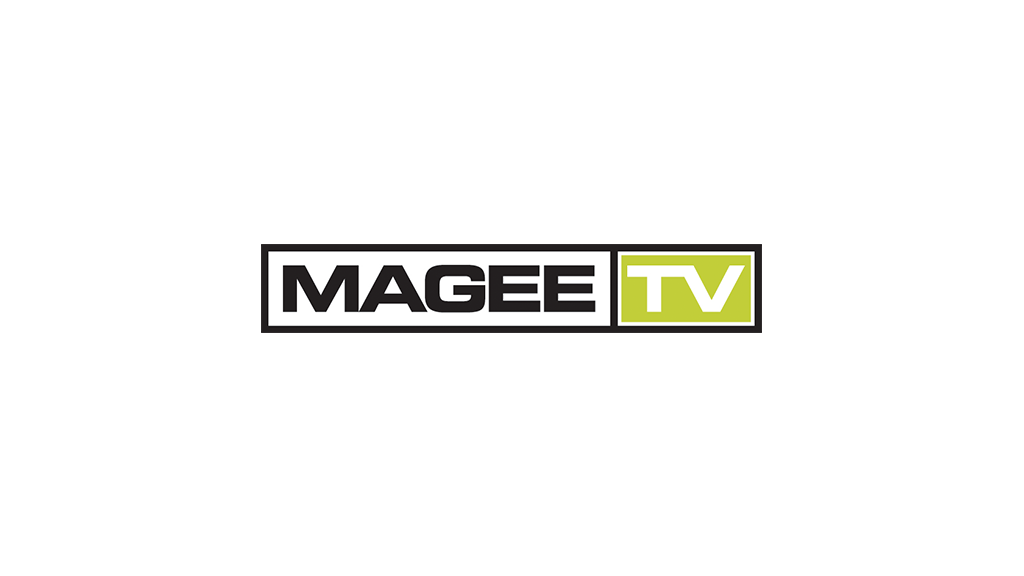 Up to Five (5) applicants will be selected on the basis of the following four materials:

The goals of the awards are: 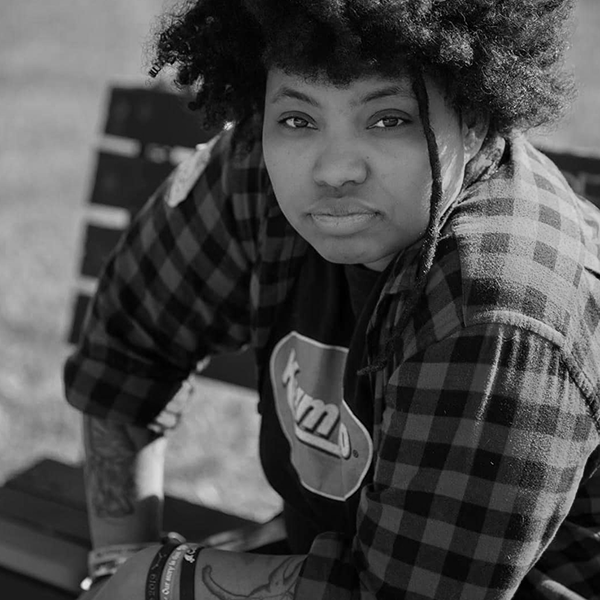 Cheyenne Lynn is a small town girl from Florida, but she’s Canadian at heart. From Japan to Korea, Cheyenne’s been around the world and found a home in Toronto. She spends her time volunteering at every possible event for queer, BIPOC, or female-driven media with her trusty support dog, Rose. A fan of science fiction, fantasy, and horror, she’s been developing her writing style and voice for 10 years. She hopes to bring a queer black voice to the genre with lesbian werewolves and various other queer supernatural creatures. She’s recently graduated from Toronto Film School and is a seven time award-winning producer (HER LITTLE ROSE, 2019). Follow Cheyenne on Twitter & Instagram: @wolfgirl2525 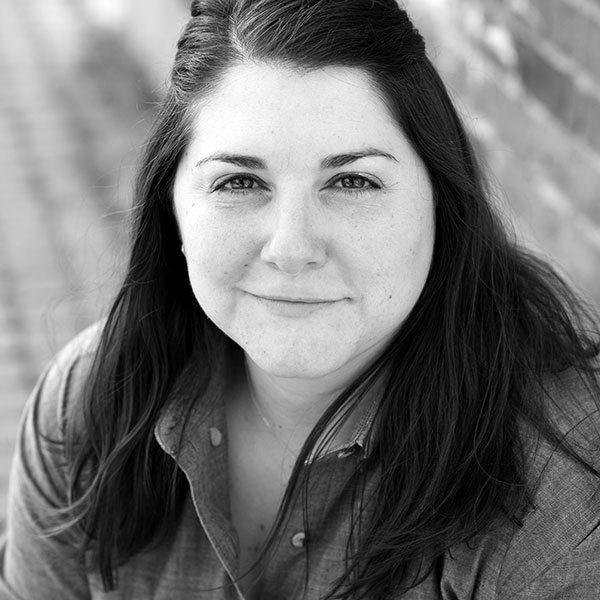 Carbone is one of the co-authors of the “Lexa Pledge” – a guideline for writers and creators who are committed to producing meaningful arcs for LGBTQ characters.

She is a graduate of the Humber College Film & Television Production program and did her BA at the University of Western Ontario where she played varsity soccer and studied Media, Information and Technoculture (whatever that is). 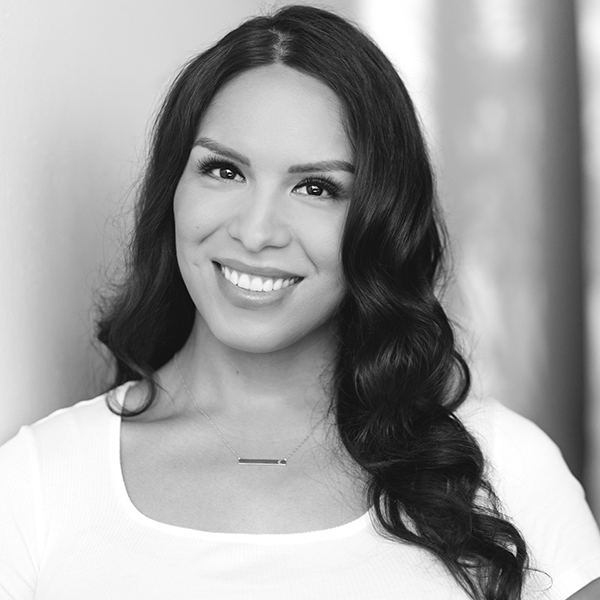 She is a two spirit Indigenous transgender multidisciplinary artist and storyteller – an actor, emerging screenwriter, filmmaker, and author of the upcoming book How To Love A Trans Girl.

She has a recurring role as assistant pathologist River Baitz on the hit CBC show CORONER and has appeared in IT CHAPTER TWO, WOMAN DRESS, and the upcoming THE D CUT.

Through her activism, educating, public speaking and involvement at ACTRA, Kiley is committed to representation, diversity and inclusion. As a screenwriter, director and producer, she is creating scripts and roles for Indigenous and transgender women, focusing on positive, empowering and authentic portrayals. 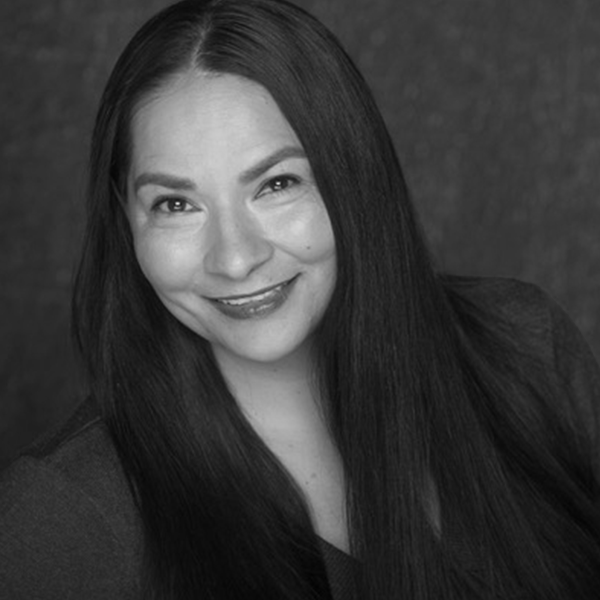 Eva Thomas is a producer, writer and story editor. Eva graduated from Arizona State University with degrees in Communication and Broadcasting. After university, she attended the Webber Douglas Dramatic Arts Academy in London, England and the American Academy of Dramatic Arts in New York City.

Eva earned a Masters of Arts degree from UCLA in American Indian Studies; she is also a graduate of the ABC-Disney Summer Film & Television Workshop at Institute of American Indian Arts (IAIA) in Santa Fe and the ABC-Disney Television Writers program at IAIA. She participated in the inaugural imagineNATIVE & Harold Greenberg Fund (HGF) Indigenous Story Editing Mentorship. As a story editor/mentor, Eva has worked with writers in the imagineNATIVE Screenwriting Intensive, the Magee TV Diverse Screenwriters Mentorship Program, the Women in Film and Television (WIFT)-Vancouver’s Tricksters & Writers Program.

Eva was selected for the 2018 LA SKINS Native American Feature Film Lab in Los Angeles, the 2019 Netflix-Banff Diversity of Voices Initiative, the 2019 Telefilm Talent-to-Watch Program and the 2020 NSI Totally Television Program for the project DWAYNE HAS ISSUES. 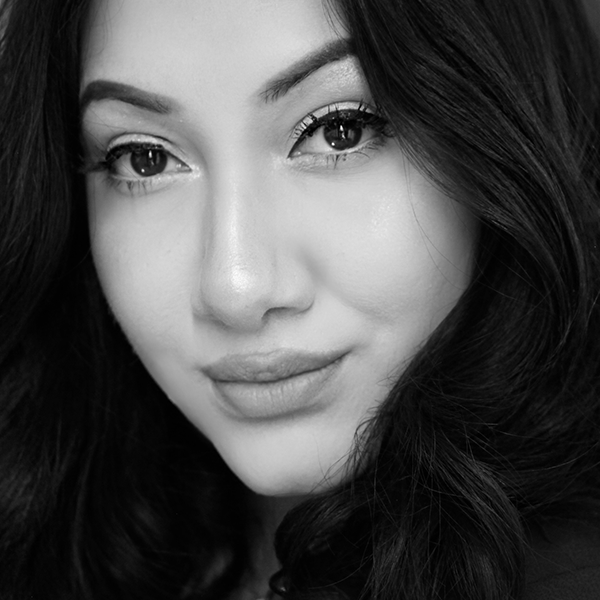 Nisha Khan is a writer from Toronto, Canada that has gone on to work in media through film festivals, magazines, and television. She has written for publications such as SHARP Magazine, The Book for Men, The International Indian Film Festival of Toronto (IIFFT) magazine, Brown Girl Magazine and more. In 2018 she won a TV Writing Fellowship by Showrunner Ken Cuperus in where she worked on packaging a procedural drama pilot. She participated in So You Think You Can Pitch? At Toronto’s Reel Asian Film Festival for a short film she wrote called THE BUS RIDE. She has won MPAC Hollywood’s Children’s Animation Writing Fellowship that took place in Los Angeles where she workshopped her winning animation script, THERE’S SOMETHING ABOUT WANDA with industry executives from Disney/ABC. Her short-form project she co-created GET UP, AISHA was chosen for this years IPF Fund, set to begin production in July. Follow Nisha on social: Twitter: @foreignclaws, Instagram: @nishavelli 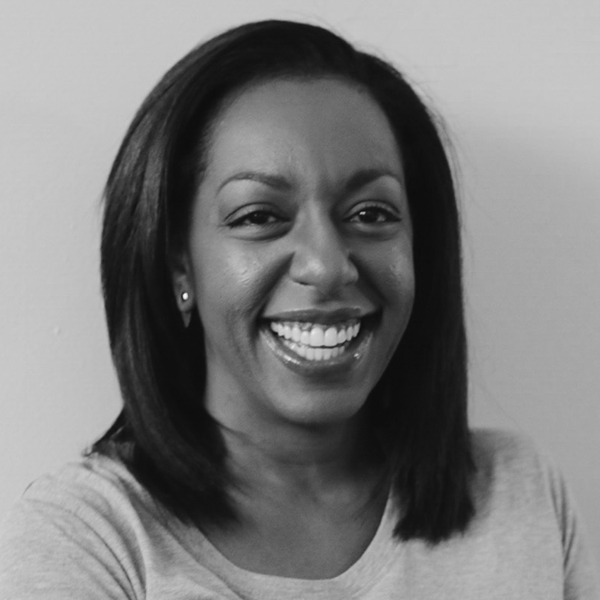 Marsha Greene has written for Global’s hit series PRIVATE EYES, ABC’s TEN DAYS IN THE VALLEY, and was the showrunner for the third season of Global/Lifetime’s critically-acclaimed drama MARY KILLS PEOPLE, for which she’s earned three Canadian Screen Award nominations. Marsha is a graduate of the Canadian Film Centre Prime Time Television program, holds an Honours BA in Creative Writing from York University, and has a graduate certificate from Humber College’s TV Writing and Producing program, where she was awarded the Brian Linehan Award for Outstanding Artistic Promise. 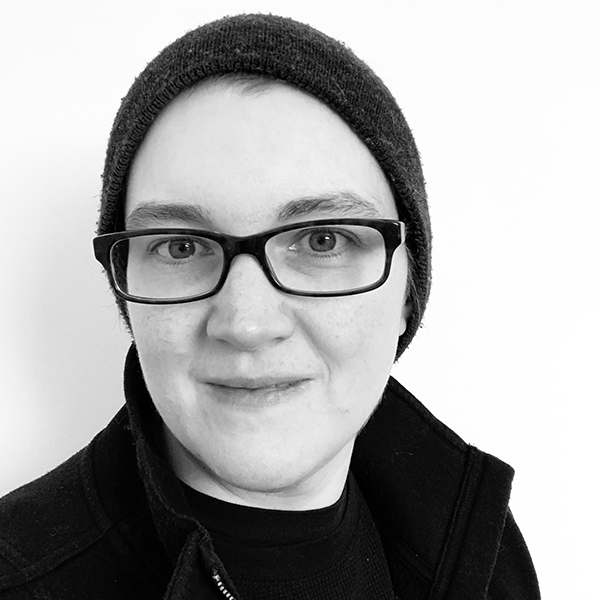 Julia Skikavich is an award-winning screenwriter and journalist whose writing has been hailed for its women-centric approach in tackling timely social issues. She is currently a 2020 Fast Track Fellow for the International Screenwriters’ Association. After being named an ISA TOP 25 Writers to Watch in 2019, Julia received the year’s Emerging Screenwriter Award. She was selected for Toronto’s FEM Script Lab and PEI’s Screenwriters’ Bootcamp, participating in a week-long TV Writers’ Room intensive. Her pilots, SURVIVORS: B.S., MISSING PIECES and SOURDOUGHS, have won and placed in numerous contests.

Julia has worked on a variety of news programs and factual entertainment docuseries that have aired in Canada, the U.S. and Australia. Journalistically, her work has appeared in print, online and radio. She has covered major events and breaking news stories, including plane crashes, election campaigns, murder trials and the Olympics while working as a reporter, senior news writer and associate producer. Follow Julia on social: Twitter: @jaski05 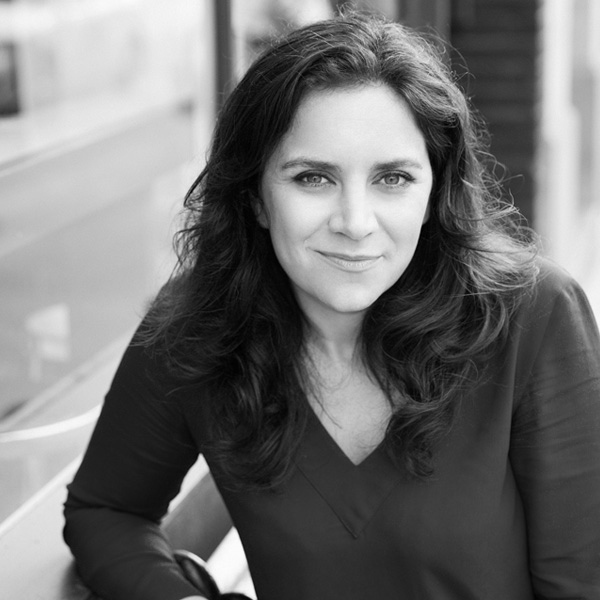 Duana Taha is a Canadian television writer whose credits include hit programs DEGRASSI: THE NEXT GENERATION and LOST & FOUND STUDIOS. She is the creator and executive producer of the popular new YouTube series UPSTAIRS AMY, and the tween digital series EMERALD CODE.

Duana is the author of the bestselling book The Name Therapist, which was nominated for a 2016 Evergreen award. She has been quoted on names in The New Yorker, The Globe And Mail, The Observer, and appeared on programs across the country discussing the culture of first names. In 2016 her TEDx talk about names was featured on TED.com.

Duana is a founding contributor on www.laineygossip.com, where she expounds on the intersections of television, feminism, “Hamilton” and more, and writes the popular name column ‘Duana Names’. Duana is also one of the hosts of the hit podcast Show Your Work, where she and Elaine Lui discuss the work behind the magic of Hollywood. 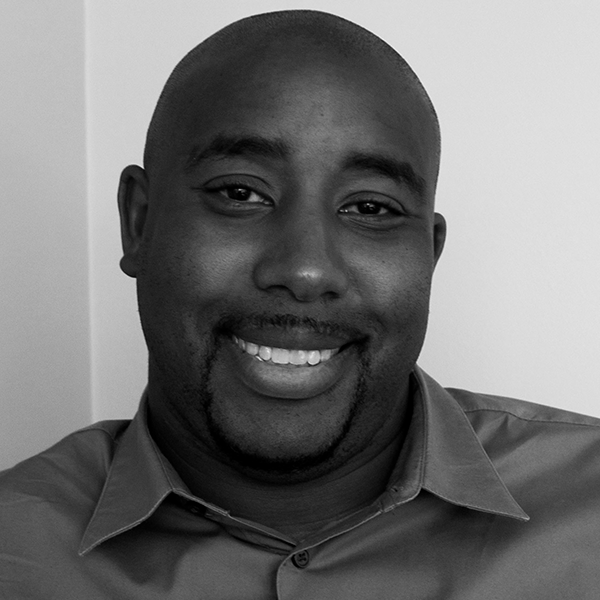 Clint Murphy is a sci-fi screenwriter who loves building and transporting audiences to new worlds and realities.

In 2011 he wrote his first horror script, DEAD FROST. A supercharged zombie feature, which was a preliminary finalist in the Creative World Award, horror category. Switching gears to comedy he wrote and produced two comedic short films, 430 and 445 THE MEETING.

Later in 2017, Clint’s original pilot Soul Mecha was a quarterfinalist in the Creative World Award Original Television Drama section and a Second Rounder at The Austin Film Festival.

To date, Clint has been a quarterfinalist, semifinalist, and finalists in several prestigious contests, such as ScreenCraft, The Atlanta Film Festival, Scriptapalooza, and Inroads Fellowship. Follow Clint on social: Instagram: @clintmurphywrites 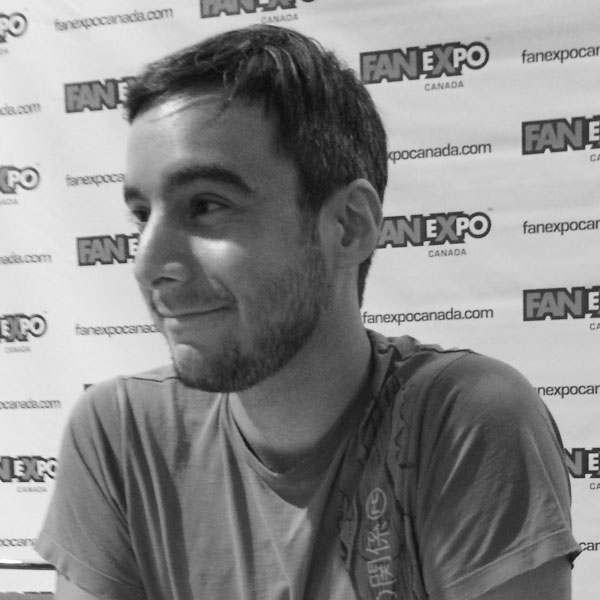 Alejandro Alcoba has been called many things, but for some reason “Handsome Alejandro” hasn’t stuck. Alejandro is a CSA-winning writer who has written for ANOTHER LIFE (Netflix), ENDLINGS (CBC/Hulu), UTOPIA FALLS (Hulu), and THE NEXT STEP (Family Channel). He was also a writer and supervising producer on DEGRASSI: NEXT CLASS (Netflix), and wrote THE CARMILLA MOVIE. He attended Ryerson’s RTA, NSI’s Totally TV, and WGC’s Bell Media Diverse Screenwriters Program. He’s also on the Advisory Committee for the Toronto Screenwriting Conference, a mentor for the MageeTV Diverse Screenwriters Mentorship Award, and on the WGC’s Diversity Committee. He drinks a lot of coffee... maybe too much?